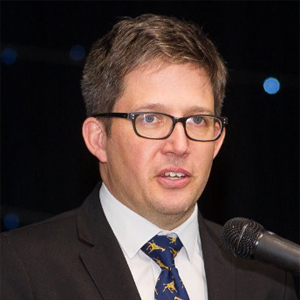 Developing ankylosing spondylitis, a form of arthritis, as a child piqued  Christiaan Scott’s interest in paediatrics. After studying medicine at the University of the Free State and graduating at the University of Cape Town, he worked in paediatrics in Guildford and other London hospitals and then came back to complete his training at the Red Cross Hospital in Cape Town.

Scott is now one of only 10 paediatric rheumatologists in South Africa, with a special interest in juvenile arthritis and systemic lupus erythematosis. He teaches paediatrics and rheumatology to medical students and advocates children’s rights and equal access to healthcare. He has trained 6 Paedatric Rheumatologists since 2009 and is the current co-chair of the PReS Global Health Task Force.

He is also part of a research team that collaborates with a number of universities across the world and studies various types of rheumatic diseases and their management in Africa, with a special focus on how they affect children in South Africa. He has a special interest in Fibrodysplasia Ossificans Progressiva. And if his small patients are looking for proof that juvenile arthritis can be contained, he’s climbed Kilimanjaro, cycled from Brussels to Paris (and Copenhagen) and goes in for long distance trail running.